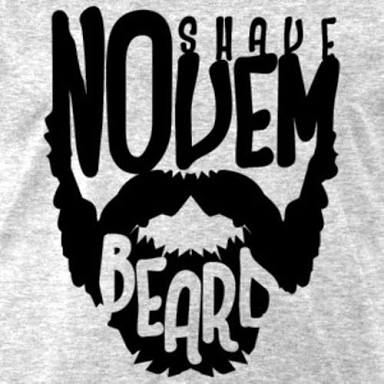 ” No shave November ” , this sentence has turned quite peculiar from popular in the month of November .

The men turned boys feels good and gives a roar about their beards and moustaches , posting this as a caption. Most from all of us had a notion that the campaigning of no shaving in November is because of the winter and cold climate, and the beard would provide a cushion in the shivering weather. Well that’s quite obvious, after all we are Indians. Now after No shave November, comes it’s neither Movember , that is Moustache + November = Movember. This term is also unheard by many.

Now comes the question that are these two trends solely the purpose of beard and machismo , and are an excuse of hanging your beard down till the toe? The answer is absolute no. No shave November is a trend which was initially started on facebook, which we took on the wrong way, aimed at growing your beard wild and saving the money you would spend on shaving and trimming accessories and activities. It started in 2009 on Facebook and in 2013 , began a partnership with American Cancer society. It’s soul purpose is to embrace your hairs , which many cancer patients loose.

Whereas , Movember is started by Movember foundation , in Australia 2003. It aims at spreading awareness for men’s health and prostrate and testicular cancer.
Movember foundation, till now has collected millions of dollars for the cancer patients and is a worldwide recognised foundation.