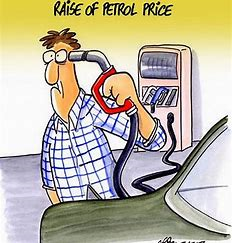 The Fuel prices have been on a record high everywhere. Petrol prices have crossed the mark of 80 Rs for a litre. Diesel prices have also crossed the bar of 70 Rs per litre. Since the last 10-15 days, fuel prices are being raised almost everyday by the Oil companies. The common man is suffering, and the rise in fuel prices is affecting a lot of other things.

It is leading to rise in prices of a lot of other things. Vegetable prices are on a rise due to the fact that the transportation cost increases. The transportation industry is also facing a lot of problems because of this. They have been protesting about the price hike, but to no avail. Incidentally, these rise in prices have come only after the government gave the authority to the oil companies to regulate the fuel prices. So, almost everyday some sort of alteration is being made in the fuel prices.

During the term of UPA government from 2004-2014, whenever there was a price hike, the opposition was actively protesting against it. Now in the initial years of the Modi government, the fuel prices were decreasing because the prices of the crude oil per barrel in the international market was decreasing. At that time, the government took a lot of credits for the decrease in prices. But now the silence of the government on the matter of fuel prices is deafening. However, it is the silence of the oppostion which hurts the nation more than the government’s silence. A good pressure from the opposition has always forced the government to think about these issues. But this time there is no such pressure. The opposition’s preparation for the next geenral election is also in question, as these price hikes could have become a strong source of mobilisation of masses for the opposition. But now, the only fact which is plapable is that we are again going to get a weak oppsoition, fighting against a strong election machine named BJP.