The Great Dive of Stock Markets 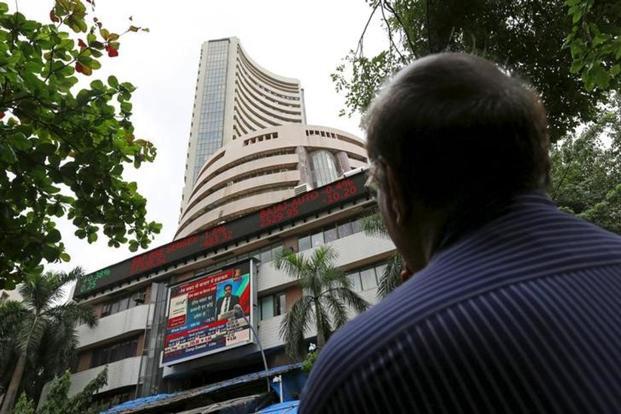 Sensex falling by another 561 points to close at a one-month low of 34,195.94. Nifty dived 390 points within minutes of opening. The rupee leapt to its six-week low falling 29 paise to trade at 64.36 to the dollar. Nearly 200 stocks hit 52-week low. Investors lost a whopping Rs 9.6 lakh crore in three days. The market is free-falling since the Finance Minister presented the Budget – 2018. But according to leading economists, our stock markets are responding to the latest slump in the global market.

Apart from responding to International market downfall, another reason could be the cautious nature of investors in India. Investors turned cautious ahead of the RBI policy meet this week as they feel that repo rate might be increased amid inflation concerns. Repo rate is the rate at the which the central bank lends short-term money to commercial banks. Further more, the weakening of Rupee shattered the vestige of confidence in the Investors. Strong selling pressure also dragged down all the Sensex and Nifty components. Foreign institutional investors sold equities worth Rs 1,263.57 crore in Monday’s trade. So the fall was unavoidable. Finance Minister Arun Jaitley, on Monday, said it was not in reaction to the Union Budget or the return of Long Term Capital Gains (LTCG) tax. “It is not due to the Budget or the LTCG. Dow Jones has also fallen by over two per cent.”  Jaitley was referring to the sharp fall in the US stocks on Friday.

Hasmukh Adhia, who is also the revenue secretary, also attributed the fall to global factors. He said, “It is very unfortunate that our move came in at wrong time because of global markets also going down. There is a strong connection of all equity markets. The MSCI all country index of equity markets went down by 3.4 per cent in last week, especially on Thursday and Friday.”

Experts are anticipating many reasons. According to www.pbs.org,  stock prices of U.S. companies had reached their second-highest level ever — as a ratio of those companies’ profits, at least according to Nobel Laureate Robert Shiller’s “cyclically-adjusted price/earnings ratio.”  Federal Reserve also created several trillion dollars to bail out the U.S. economy to counter the Crash of 2008. The massive borrowing needed to bridge the gap between what the U.S. government spends and what it gets from the taxpayers in revenues. This elevated the borrowing costs or interests and thus created more sellers than buyers at their stock exchange. Bursting of Cryptocurrency bubble can also be another reason.

Another recession? Too early to say! Well its still too early to say. The market adjustments of the magnitude just suffered are not unseen in financial markets. Between 1987 and 2018, the Dow Jones suffered declines of 4% or greater 37 times – that is more than once a year. Even considering the period following the 2007-08 financial crisis, the Dow has declined more than 4% once a year. The Nasdaq index is even more volatile. Between 2002 and 2018, it has fallen 4% or more 176 times, or almost ten times a year.

Since, rout of this level is quite common, it is safe to assume that the market will become healthy once again and that too very soon. If the assumptions of the Government is correct, then the market will improve in no time. So, Investors, don’t panic and buy, hold or sell your shares carefully.