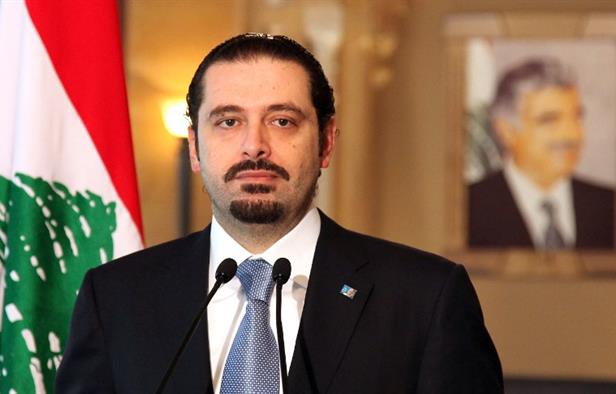 Lebanese Prime Minister, Saad Hariri, resigned on Saturday during a trip to Saudi Arabia, thus, creating a leadership vacuum in an already politically handicapped country. In a televised address from Riyadh, Hariri said that he feared to meet the same fate as his assassinated father and also accused Iran of interfering in the region, causing “devastation and chaos.”

“Iran controls the region and the decision-making in both Syria and Iraq,” he said. “I want to tell Iran and its followers that it will lose in its interventions in the internal affairs of Arab countries.”

Iran, as expected, dismissed the claims and accused the United States and Saudi Arabia of engineering the resignation.

The event followed by a sharp anti-Iran fustian from the USA. Through the documents seized from Osama bin Laden’s hideout in 2001, it appeared that al-Qaida received support from Iranian officials.

Hariri said Iran “has a desire to destroy the Arab world and has boasted of its control of the decisions in all the Arab capitals. Hezbollah imposed a reality in Lebanon through force of arms, and their intervention causes us big problems with all our Arab allies”.

According to Randa Slim, director of a conflict resolution program at the Middle East Institute in Washington, the venerable animosity between two regional powerhouses – Sunni Saudi Arabia and Shiite Iran – was a major factor in the resignation.

“I think the primary driver for this resignation is Saudi Arabia,” Slim told CNN. “It indicates the Saudi decision to confront Iran and the Iranian influence in Lebanon by going after Hezbollah.”

She joined the dots of location and timing of resignation with dual citizenship of Hariri and the influence of Hezbollah in order to come to this conclusion.

“By going after Hezbollah, by denying Hezbollah a credible Sunni partner in governance, it thus weakens Hezbollah on the home front,” Slim said.

Hariri’s father, Rafik Hariri, was assassinated on the Valentine’s day in 2005 when a car bomb exploded near the Beirut seafront. Five members of Hezbollah, including the group’s then deputy military commander, are on trial in absentia in The Hague for allegedly plotting the killing. In his speech in Riyadh, Hariri connected that incident with the present scenario.

“We live in an atmosphere similar to the atmosphere that prevailed before the assassination of martyr Prime Minister Rafik Hariri, and I sensed what is being woven in secret to target my life,” he said.

After the assassination of his father, on 20 April 2005, Saad Hariri became the leader of the Future Movement, an essentially Sunni movement that was created and led by his late father. In 2009, he took the office of Prime Minister and held the office till his resignation in 2011. The reason for his resignation was the Opposition outrage after he posted a picture with Barack Obama, thus, catalyzing the process of his resignation. In 2016, Michel Aoun became the president and signed a decree, appointing Hariri as prime minister for the second time. He appointed Hariri to a 30-member national unity cabinet that includes Hezbollah.

During his brief second reign as the prime minister, Hezbollah’s dominance of Lebanese politics increased. Saudi officials and Hariri claim the political bloc-cum-militia effectively controls most instruments of state.

Hezbollah – the Party of God – is a Shia Islamist political, military and social organization that wields considerable power in Lebanon.

It emerged with the help of Iran during the Israeli occupation of Lebanon in the early 1980s, though its ideological roots stretch back to the Shia Islamic revival in Lebanon in the 1960s and ’70s.

The group also gradually became a key power broker in Lebanon’s political system, and has effectively gained veto power in the cabinet. Hezbollah has been accused of carrying out a string of bombings and plots against Jewish and Israeli targets and is designated a terrorist organization by Western states, Israel, Gulf Arab countries and the Arab League.

Earlier this year, Hariri met President Donald Trump at the White House. They spoke about economic issues and the pressure on Lebanon after an influx of 1.5 million displaced Syrians in the country.

Trump also warned about the danger of Hezbollah.

The successor is not yet decided. It has to be a Sunni-Muslim as per the Lebanese constitution. Under the Lebanese Constitution, the president must be a Maronite Christian, the prime minister a Sunni and the speaker of the Parliament a Shiite Muslim.

The resignation has again put Lebanon in a tug of war situation between Saudi Arabia and Iran. This move could lead to an increase in the unrest in the Middle East as the countries will choose sides and increase tension and despair.