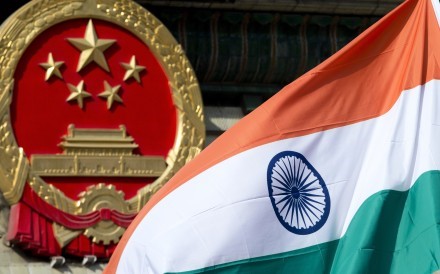 The recent satellite images of the region had shredded the veil of peace which was laboriously woven by India and China after the Summer deal. People’s Liberation Army (PLA) personnel have heavily occupied the near the last year’s site of confrontation. The recent build-up by China includes concrete posts, helipads, new trenches, and a concrete observation tower. This certainly indicates that China did not retreat and thus, broke the pact. “All these structures have come up only after June 16, according to satellite images,” Vinayak Bhat, the retired colonel, who served the Indian Army for 33 years, said this after seeing the satellite image very closely. “China is trying to change the status quo in North Doklam. India must object because the entire area is Bhutanese land occupied by China.”

Government is denying the reports. They ridiculed the satellite report and said that everything is Ok in Doklam. Last week, Congress cited those satellite images to accuse the government of misleading the nation. They also accused government of “snoozing” while the Chinese plan “Doklam 2.0”. In the response, government clarified that the nations are holding the status quo at the site and such reports are ridiculous and would mislead the nation.

“The Chinese build-up appears to be of a different order of magnitude than anything seen in the past and therefore should be a source of concern,” opposition lawmaker Shashi Tharoor said. “The government chose to spin the mutual disengagement from the face-off site as a major diplomatic victory. Its silence seems to have more to do with its reluctance to dilute that ‘triumph’ than with any realistic appreciation of the situation,” said Tharoor, who also heads India’s parliamentary standing committee on external affairs. The issue, he said, had come up “repeatedly” in the committee, but declined to elaborate on the “closed-door deliberations”. Tension is not new among India and China. Currently, and the most important right now is the Doka-La issue between India and China. In June 2017, India accused China for constructing a road in the Doklam Plateau. Royal Bhutanese Army raised the objection and India intervened. China claims the Doklam Plateau that is close to Chumbi Valley at the corner of the India-Bhutan-China tri-junction near Sikkim sector.

Apart from Doklam, India has consistently saying no to the construction of road under China-Pakistan Economic Corridor. It is supposed to pass from the PoK. It can worsen the agitation in Kashmir valley. According to India, it violates its sovereignty and territorial integrity in the region.

China vetoed India’s entry into Nuclear Supplier’s Group. China tried to prevent the banning of Jaish-e-Mohammad Chief, Masood Azhar in UNSC. Territorial issues like occupying the Leh region and naming it Aksai Chin and claiming Arunachal Pradesh as its own part are still not solved. Apart from that, construction of huge dam on Brahmaputra (Tsangpo) river has not been well swallowed by Indian government.

Prevention is better than cure. Government should acknowledge the advancement made by Chinese Army in the region. They should act soon. India should solve other issues like NSG entry, Arunachal Pradesh and Aksai Chin as soon as possible.These issues are like gas bubbles in forging iron of our relationship with China.