India’s Independence – A story of incessant hope and unfulfilled promises 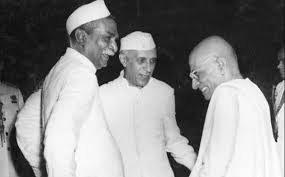 “LONG YEARS AGO, WE MADE A TRYST WITH DESTINY”

Have you ever wondered what the word ‘tryst’ means? Tryst is a love bond between two lovers which will be fulfilled in future. I don’t know how many people actually understood what Nehru said when he gave one of the best speeches given by any Indian. Lest not dwell on that. However, it tells us one thing. People had a lot of hope with this love relationship between India and its destiny, that Nehru stressed on a lot.

However, today, India and its destiny are in a really complicated relationship. They are basically stuck, and this stagnation has jeopardized the hopeful beginning of the relationship. Now the question must pop up that why they are stuck? It has a lot to do with how India is. Destiny is there, waiting to embrace India with open arms.

India was born and forged out of the ruins of colonial rule. A nation-state was formed which compromised a huge and diverse population, in every sense of the term. It was a struggle to unite all these divided parts. But somehow through the efforts of some great men, this feat was achieved. After it, the quest for combating the challenges that came along with the new nation began. Today, after 71 years of independence we are still facing many of the same problems which we begin with. Yes, we have changed. We are a world power to reckon. We have a booming economy, with a major workforce population in the world. Opportunities beckon us. But, the fact remains that we live in a paradox. A paradox in which one part of the country live their superfluous lives in posh lanes of metro cities and the other part still suffers through caste oppression, poverty, discrimination, and what not. This paradox is the largest problem of the world’s largest democracy.

When you cross the lanes of Lutyens Delhi and move towards the outskirts of Delhi towards to localities in which people still live in a primeval state; you can see that paradox materializing. That paradox has become a part of our existence, and we have become so accustomed to it, that it no longer appeals to our conscience. People fight for their rights, they fight for their freedom of speech, their right to life; but still, there are those voices which are unheard. Unheard because of the incessant cacophonies of the privileged block those voices. Our independence, our pride in our country’s history and its magnificence is redundant unless these voices are heard.

So, even after 71 years of striving for its destiny, India’s destiny still eludes it. That love relationship between India and its destiny remains in the realm of ambiguity, and that tryst – unfulfilled. These lines from ‘Pyaasa’ movie, penned by ‘Sahir Ludhianvi’ almost echoes the yearning of India’s destiny :

And the question still remains, when will the tryst which we made with destiny will be fulfilled? Will it be even fulfilled or not? Thankfully, we atleast have the power to answer it. But still, the destiny awaits our answer.

The views expressed are writer’s own. Any constructive criticism should be directed towards the writer. These views don’t have to do anything necessarily with the news portal.