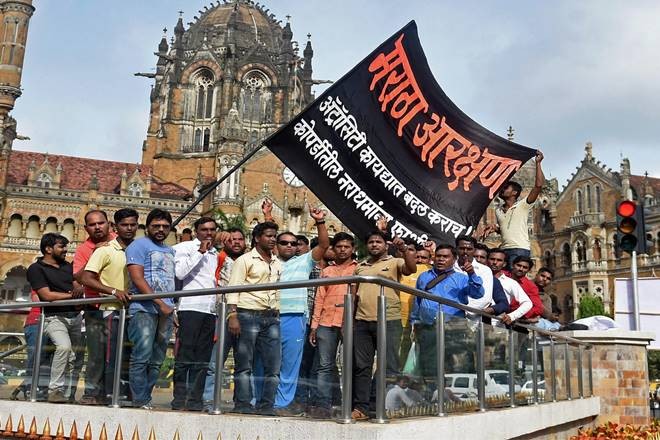 The Maharashtra government has decided to conduct a sample survey of the Maratha community members in over 700 villages. Call it the fear of the deadline by the Maratha Kranti Morcha or its regular data collection routine, the survey is expected to be completed before February 10.

According to Maharashtra State Backward Class Commission Chairman, Justice (retired) M.G. Gaikwad, the sample survey has been undertaken for data collection to determine the economic backwardness within the community. This will justify its demand for quota in public service and educational institutions.

Maratha Kranti Morcha last month gave an ultimatum to the government saying it should address their demand of providing reservations for the community by February 10. The birth anniversary of Maratha warrior king Chhatrapati Shivaji Maharaj, February 19, will mark the agitation for the demand.

Mr. Gaikwad said the survey will focus on three main bases — the financial, educational and employment status of the Maratha community members.

“The result of the survey would be assessed by the commission once it is completed,” Mr. Gaikwad said.

Among other demands, Maratha Kranti Morcha also wants an amendment of the SC/ST Prevention of Atrocities Act by claiming that it is being misused. They have been protesting and organising silent rallies across the state with each district witnessing a large number of people participating. The group held its first protest last year when a minor girl from the community was brutally raped and murdered in Kopardi in Ahmednagar. The protest which had started at the local level soon turned into statewide protests.

This is not the first time this organization is demanding reservation. In 2003-04, National Commission for Backward Classes rejected the demand for including the Maratha community in the category of Other Backward Class (OBC) category. The Maharashtra State Backward Class Commission had held in 2008 that “Marathas are both economically and politically a forward caste. They never faced social stigma to invite the backward class status.” In 2014, the Bombay High Court had disallowed 16% reservation for them in government services and educational institutions.

Various Maratha organisations held massive ‘silent marches’ last year at 58 places across the State, demanding reservations in jobs and education, among other things. Among them, Maratha Kranti Morcha is the main.

Let’s see if the long quest of Maratha reservation ends or not. Will the uproar and unrest continue to develop in the similar rate or not. Only time will tell whether the rat race of communities proving themselves ‘backward’ will end or not.