Potshots in Parliament and an eye-watering drug reality 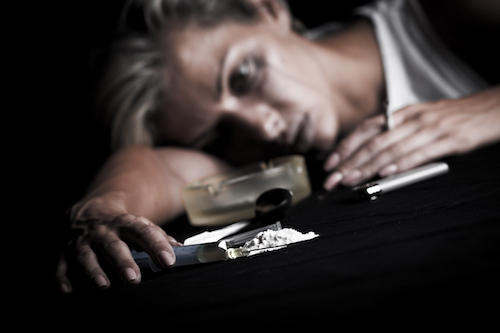 Union Minister Harsimarat Kaur Badal today took potshots at Congress President Rahul Gandhi, asking what drug he had before coming to parliament, While opposition leader had accused Panjabis of being “Nashedi”(Drug addict).
This statement came after a less diplomatic, but more dramatic speech of the Congress president. At the last moment of the speech pointing Ms Badal, Rahul said: ” Ye Akali Dal Ki Neta muskura kar mujhe Dekh Rahi thi” (This Akali Dal leader was watching me smiling.) and after his speech he hugged PM Narendra Modi. BJP, media, social media took it as an opportunity.
Responding him in media Kaur ironically asked if Rahul has drugged! And suggested to him that parliament is a place to debate serious issues of the country, not for drama, Otherwise, he may move to Mumbai. She added that actually, she was laughing at Rahul’s deed, same the parliament was doing at the moment and later, the whole world laughed. She alleged that Rahul Gandhi does spit and run politics. Actually, he has not potential to listen to the answer of PM.
Excogitative fact is that 7 out of 10 youth were addicted to drugs as per Rahul statement during NSUI program at Punjab University. Then BJP – Akali Dal alliance government had well played upon Rahul’s statement and propagated it as an attack on the pride of youth of Punjab.
Backing his statement Congress National spoke person Randeep Surjewala quoting Punjab High court in a press conference said “the survey conducted by various agency mentioned that after Nagaland, Punjab ranks second in the country for drug abuse. Seventy per cent of boys and girls in Punjab in the age group of 19 to 24 are exposed to the abuse of drugs.”