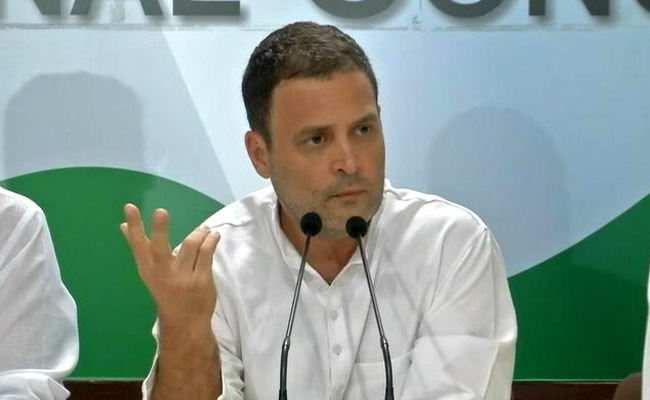 In a series of tweet, activist Shehzad Poonawalla accused Rahul Gandhi of meeting Nirav Modi back in 2013. That timing was crucial because during that period, Mehul Choksi and Nirav Modi took loans which later turned out to be fraud.

Congress was demanding Finance Minister Arun Jaitley’s resignation over “free passage” given to fugitive liquor businessman Vijay Mallya. The accusation was based on the statement given by Vijay Mallya himself from London, which he later backed-off. He presented PL Punia as the eye witness of the meeting which took place in the parliament.

The tables have turned. Now, Rahul Gandhi is feeling the heat. Shehzad Poonawalla claimed about the meeting of Nirav Modi and Rahul Gandhi back in 2013.

In a series of tweets, Mr Poonawala said: “If P.L. Punia is proof of Arun Jaitley meeting Vijay Mallya (and accosting meeting) I can swear on Quran and undertake lie detector @RahulGandhi attended Nirav Modi cocktail party and Bridal wear prog at Imperial Hotel Delhi in September 2013 while loans were wrongly given to Mama Bhanja”.

Mr Poonawalla also said: “There is a reason why Rahul Gandhi has formed a MahaGathBandhan with Vijay Mallya & relies on such fugitives’ statements – ever since the @narendramodi govt brought in the Fugitive Economic Offender’s Law – Bhagodas and potential bhagodas are feeling anxious.”

Who is Shehzad Poonawalla?

Shehzad Poonawalla has a history with Rahul Gandhi. He, in the past, claimed that the Presidential Election in Congress is rigged due to which Rahul Gandhi won. He was formerly associated with the Ministry of Parliamentary Affairs. He is a lawyer, civil rights activists and a Congress Party supporter.

The political strings of the high-profile fugitives existed long before. Everyone with a sane mind in the country knew that. These political influences are the reasons how they were able to get that much loan amount. These strings are now becoming visible.