2018 : The Year which saw Indian Cricket Stamp its Authority

The year 2018 was one of the best years Indian cricket has seen in a very long time. At one place it saw the demise of Australian cricket, which had earlier dominated the cricket fields; and on the other side, it bear witness to the rise of Indian cricket standards. Virat Kohli is currently the leader in the ODI and Test batting ranks. Jasprit Bumrah is the new sensation in world cricket. Indian pace attack is one of the best in the world, with the spin factory continuously churning out spinners whose mystery hasn’t been decoded by any Turing yet. India has the highest win percentage in ODIs, as it has lost only 4 matches and tied 2. Let’s look at EIGHT most important takeaways for Indian cricket from 2018 – 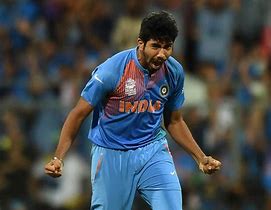 India has traditionally been a factory for world class batsmen, and spinners. But India now has 5-6 world class pacers bowling persistently with pace and swing. The leader of this newfound attack has been Jasprit Bumrah. With his awkward action, short run up, and skiddy deliveries he has taken world batsmen by surprise. He is currently the top ranked ODI bowler in the world, and is growing is stature rapidly in test cricket as well. In the 10 test matches which he has played till now, he has taken 49 wickets at an average of 21.90, and an exceptional economy of 2.67. In fact. he has the same average of 21 in ODIs too, and has taken 78 wickets in 44 matches with a brilliant economy of 4.45. mind it, that these figures come in the age of 20-20, where batsmen have been murdering the cricket ball for fun. He takes the new ball for India, and then comes back in the death overs with his toe-crushing Yorkers and mind-boggling slower balls. He is by far considered as the best death bowler in white ball cricket today. This rise of Jasprit Bumrah in world cricket is one of the nest news for Indian cricket this year. 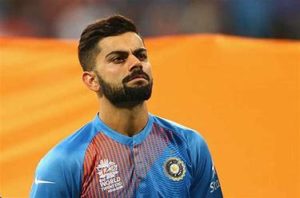 So much has already been written and said about Virat ‘run-machine’ Kohli, that adding anything else would be redundant. He is at the top of the batting charts in ODI and test cricket, and currently averages 59.84 and 53.76 in both these formats respectively. Even in T20s, he averages 49.25, and scores with superhuman consistency. His energetic (sometimes exuberantly jubilant) leadership has become a brand, which many people don’t admire, but no doubt that it has been successful. Indian cricket and its brand have risen hugely under his leadership. It is also a result of the efforts of earlier captains like Ganguly, Dravid and Dhoni; but it seems like Indian cricket is reaching its zenith under Kohli. India is on the verge of creating history in Australia, by winning the first ever test series on Australian soil. India also competed strongly in test series in South Africa and England, and sent a message in the cricket fraternity that gone are the days when India was a lion only in its backyard. The T20 series win in England and South Africa, and the ODI series win in South Africa are great examples of it. 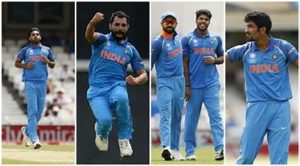 India’s growing fast bowling prowess is no more an unknown thing. Indian pace bowlers have performed brilliantly in all the three formats, and their numbers prove it. The four Indian pacers in test – Shami, Ishant, Bumrah and Bhuvneshwar have together taken more wickets this year than any other pace attack in the world. They have performed exceptionally well in all the three away test series that India played this year. Even Hardik Pandya chips in with his valuable contributions in the attack. Although, the consistency of the other pacers in ODIs except Bumrah and Bhuvneshwar has been a big problem, which costed India the England ODI series eventually. However, Khaleel has performed well in the Asia Cup and his left arm medium pace seems like a good asset to have in the coming world cup. Overall, after this year, the pace battery of India looks charged and they’ll need to be charged if India has to win its third world cup in 2019. 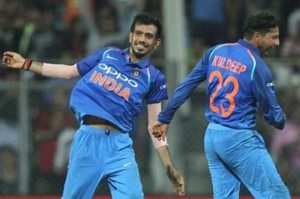 India is truly blessed to have two absolutely magnificent wrist spinners in their mix. Kuldeep and Chahal together form the ‘kul-cha’, which has pestered opposition batsmen a lot this year. Kuldeep especially, with his rare skill of left-arm wrist spin, is still a mystery bowler in international cricket. He performed brilliantly in England, which has traditionally favoured fast bowling. He is even in the mix of test matches for India, and by the time this article is being written, already has two five-wicket hauls to his name. Both of them are genuine wicket takers in the middle overs, and they done so with brilliant economy rates of 4.74 (for Kuldeep) and 4.75(for Chahal). Wrist spinners require great amount of control to be successful, and their lack of control most of the time proves to be their demise. But ‘kulcha’ have been brilliant in this aspect, and have hardly gone for too many runs. In fact, these two wrist spinners are the major reason behind India’s historic ODI series victory in South Africa this year. Their ability to cause discomfort to the batsmen have earned them laurels in both home and away games, and this makes them one of the most important parts of India’s plan for the world cup. 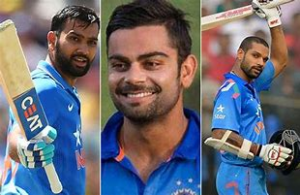 This year has been a great one for Rohit in ODIs. The only batsmen who has performed better than him this year is ‘superhuman’ Kohli, and both Kohli and Rohit rank 1st and 2nd respectively in ODI batsmen rankings. This year Rohit scored 1030 runs with an average of 73.57, and a strike rate of 100. He scored 5 centuries, 3 centuries and one mammoth double century this year. He’s the only batsmen in the world to score 3 double centuries. Rohit and Dhawan have been a hit opening pair of India. They are a colossus pair and have already broken the record for most 100 run opening partnership in ODIs. There have been few opening pairs as successful as Rohit and Shikar. However, the addition of Virat Kohli at no. 3 makes the top three of India as one of the the most dangerous top order in ODI cricket currently. In fact they have batted so well, that the middle order has faced lack of match practice, and thus is inconsistent in performing. These terrific three are the backbone of India’s batting line up. 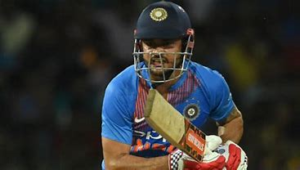 The success of the top three has ensured that the middle order has been less exposed to the oppositions. Thus, when crunch situations arise, they are susceptible to failure. After auditioning 7 batsmen (Yuvraj, Karthik, Jadhav, Rahul, Manish Pandey, Rahane, Dhoni) for the no 4 position, India seems to have found a worthy candidate in Ambati Rayudu. However, India’s lower middle order has also not performed as expected. Dhoni’s batting is lacking his most significant trait, his finishing skills. Jadhav and Pandya have also been inconsistent in completing their jobs. As a result of which, India is slightly over dependent on tis top three to get the runs. This is an alarm bell for the strong going Indian team with the world cup approaching soon. 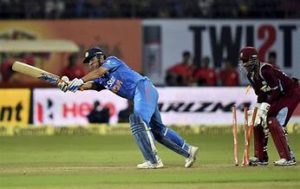 Mahendra Singh Dhoni is not a name but an institution in itself. But recently, his bat has been quiet. It seems as if Dhoni is reaching the end of illustrious career. He has not been able to finish games, and lately has struggled against spin, which used to be his strength. But as a senior player, and a superb wicketkeeper he is surely in the mix of things for the world cup. He is an X factor which Kohli doesn’t want to miss. However, it seems like the 2019 world cup will be the last consignment of a leader, who has been the best wicketkeeper batsman this country has ever seen. 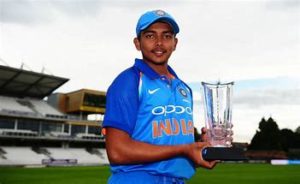 The recent under 19 world cup proved one thing substantially. The production line of next generation cricketers in India is in a very healthy state. Kamlesh Nagrakoti, Shivam Mavi are already bowling 145kmph and were way ahead of fast bowlers from other countries. Indian batting also looked a class ahead with batsmen like Shubman Gill, Prithvi Shaw, and Manjot Kalra stamping their authority on the junior cricket scenario. In fact, Prithvi has already debuted for India in test matches. The strong foundations of domestic cricket and a pool of great junior cricketers has ensured that reserves of cricketers at the international level doesn’t dries up, and IPL has ensured that such talent is not wasted. This rich pool of future cricketers is also a reason behind the predictions of an age of cricket dominated by India.