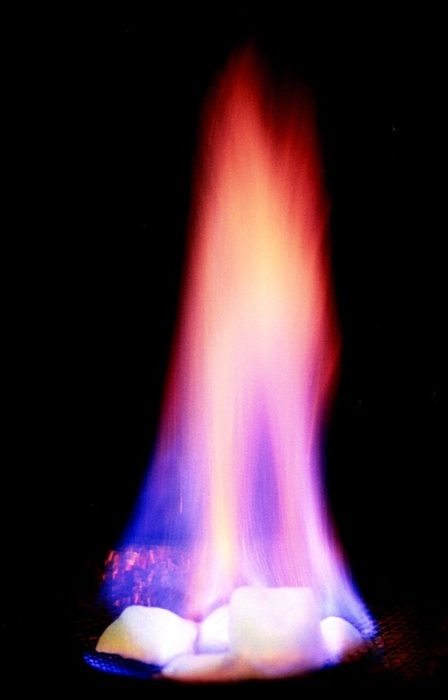 Gas hydrates are crystalline compounds. They form when water (or ice) contacts small molecules like Hydrogen, Methane, Carbon-dioxide, Ethane, etc., under certain temperature and pressure, without bonding chemically. The correct chemical name should be the gas clathrate hydrates. This is because the clathrates are the compounds formed by the inclusion of molecules of one kind into the crystal lattice of another. In simple language, it is nothing but ice with gas filling its spaces.

Clathrate compounds were first discovered in the early 1800s when Humphrey Davy and Michael Faraday were experimenting with chlorine-water mixtures. Working during the winter, the scientists noticed that as the mixtures cooled during the night, a solid material formed at temperatures above the normal freezing point of water.

The research entered a new era in 1930s. The game changer was E.G. Hammerschmidt. He determined that methane hydrate was responsible for plugging natural gas pipelines in cold environments.

In the late 1960s, the global view of hydrate science began to change dramatically. “Solid natural gas” or methane hydrate was observed as a naturally occurring constituent of subsurface sediments in the giant gas fields of the Western Siberia basin. Shortly thereafter, hydrate was discovered in shallow, sub-permafrost sediments on the North Slope of Alaska. Scientists, later, began to speculate that the conditions for hydrate formation can also exist under deep ocean. This expanded the horizon of research and included oceans.

Till 1972, Natural Gas hydrates was not found in commercial quantity. In that year, high concentrations of gas hydrates were discovered in sands of the Mallik site on Richards Island in Canada’s Northwest Territories. This was a landmark discovery. Scientists carried out expeditions in 1998, 2002 and 2007/8. These expeditions confirmed that drilling through formation is possible. Depressurization was found to be the most favorable technique for extraction of gas from hydrates.

Why is it Important for India?

To counter the above-mentioned demands, in July, 2016, ONGC, in collaboration with USGS and Japanese Drilling Company, discovered Natural Gas Hydrates (NGH) in Krishna Godavari Basin, Bay of Bengal. Hydrate Energy International (HEI) has estimated India’s NGH resource potential at 933 trillion cubic feet from the 130-feet thick layer. Even if 10% of the estimated gas potential is utilized, it can quench the thirst for energy for decades, if not centuries.

The biggest problem associated with the exploitation of these game-changing resources is that they occur in fractured shales. The condition is unique as, usually, the gas hydrates occur in pore spaces of sand stone reservoirs. Due to this, the existing technology cannot be used blindly. A serious modification should be done in order to extract natural gas from hydrates. Problems like water and sand production, wellbore stability, etc. are secondary problems and could be dealt after reviewing the performance of the technology which would be developed.

Let’s see when Indian scientists will break the shackles and come up with techniques to harness these (almost) never-ending resource.