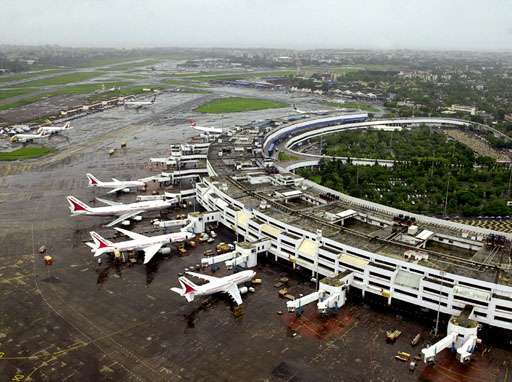 Mumbai airport created a new world record for single-runway operations on 20th January. The airport handled 980 arrivals and take-offs in 24 hours. With this, the Mumbai Chhatrapati Shivaji Maharaj International airport bettered its own feat of 974 flights in 24 hours, recorded on December 6, 2017. Comparison with the Best

India’s second largest airport has the record breaking numbers but still it’s far from being most efficient. Gatwick airport, UK’s second largest airport, is still the most efficient single-runway airport in the world. Gatwick single runway declared an aircraft capacity of 870 flight movement per day for summer 2018. Unlike Mumbai airport, which is 24 hours functional, Gatwick handles most of its flight between 5 A.M and midnight (19 hours).

According to a report by Sydney-based CAPA in 2017, Mumbai airport will reach its saturation point in 2018. “The airport currently handles 45.2 million passengers and sees around 930 flight operations per day, and will handle 48 million passengers in 2018. Reaching its saturation would mean that it will increase additional daily flights by 48 this year,” the report said.

According to a senior air traffic controller from Mumbai, the airport suffers from space crunch and cannot handle anymore extra flights. According to him, it also requires adequate planning for improving its capacity.

“The most important difference between Gatwick and Mumbai is the environment the two airports are set in. Mumbai airport functions in a space-starved, infrastructure-constrained environment, unlike any other. More flights can’t be added onto Mumbai’s single runway without a holistic approach that takes into account the ground realities, India’s regulatory framework, human factors etc,” he said. A ray of hope

Maharashtra government’s City and Industrial Development Corporation (CIDCO) will be responsible for developing the airport.

The airport project was stopped 15 years ago. Factors like Environment clearance, landowners and villagers protests on compensation were responsible for the delay. On November 22, 2010, final environmental clearance was provided by the Union Environment and Forest Ministry. However, the project could not take off as villagers and landholders refused to accept the compensation. CIDCO continues to negotiate with 950 families on providing alternative accommodation and sources of livelihood.